Many of you have written to ask how my gentleman friend is doing after the boating accident. He has recovered amazingly well!

Mr. Mickey will be seventy-nine years old in June. Three years ago he had a stroke which left him in ICU for almost a week. He was also a diabetic with very high blood pressure and other health problems that were starting to slow him down. After the stroke, we both embarked upon a healthier eating journey. (Thanks to the book "Eat to Live".)

The reason I am telling you all of this is to share with you that it's never too late to change the eating habits that might be contributing to your poor health.

We have both lost about forty pounds since changing our choices of food a couple of years ago. Mickey has reversed his diabetes and his blood pressure is at the perfect level, corrected with only a fourth of the medication it once required. The other health problems have vanished.

After the boating accident a few weeks ago in which he very nearly drowned, he is back to wanting to go somewhere special every night and laughing and telling stories non-stop. This past week he completed the last of his follow up visits with his physicians here in the states. In only a few weeks time, his broken ribs and kneecap along with numerous lacerations, and deep bruises have healed. Each of his physicians were totally amazed with his speedy and complete recovery at an age when most men would have had a much longer and more difficult time after such a severe trauma. They all agreed that his food choices have contributed greatly to his rapid recovery.

If you missed the first post sharing the misadventure, here it is again...

My beloved gentleman friend, Mr. Mickey, has had the same group of friends for most of his life. For more than thirty years, they have gotten together for lunch a couple of times every week. They have enjoyed countless ski vacations, tennis trips and Caribbean sailing trips aboard a chartered catamaran Captained by a member of this wonderful group of lifelong friends. 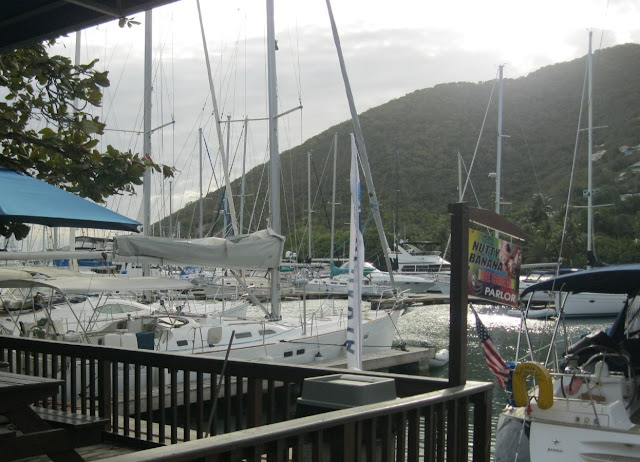 The group spends the week sailing from one harbor to another, creating great memories to share again and again. 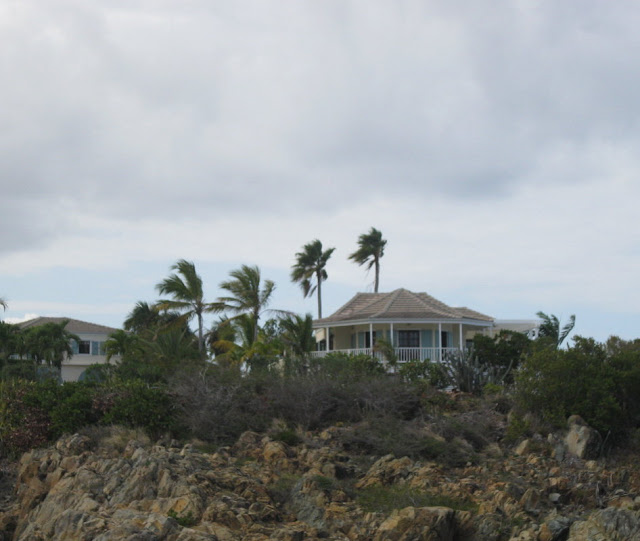 Along the craggy shores of the British Virgin Islands, there are vacation homes and villas for those who prefer to enjoy the view from land. 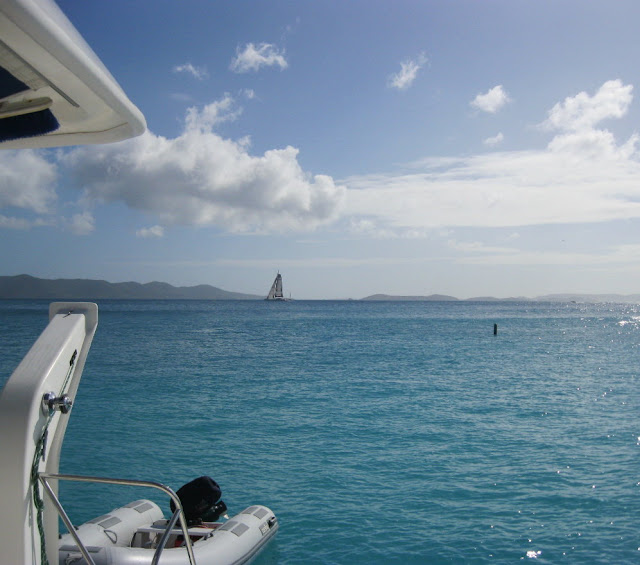 A smaller dingy boat is used to deliver the men to a shore
where there is no dock in a shallow harbor. 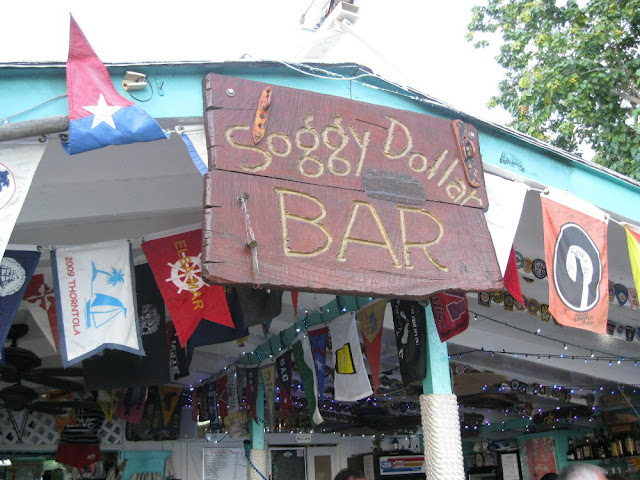 The men occasionally stop for a sip of something cold late in the afternoon. 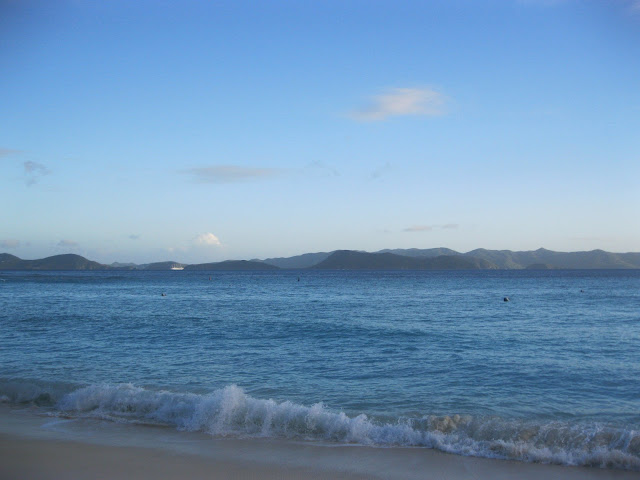 As the sun starts to descend into the horizon it's time to make their way into a harbor for dining in one of the many nice restaurants dotting the shores along most of the larger islands. 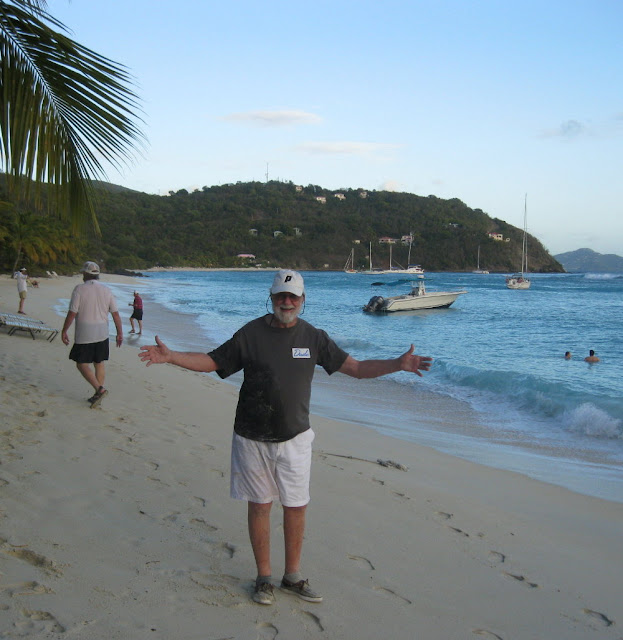 Casual attire is perfectly acceptable for fine dining in the islands since the sailors often arrive cold and wet from their ride aboard a dingy from their sailboats and catamarans. 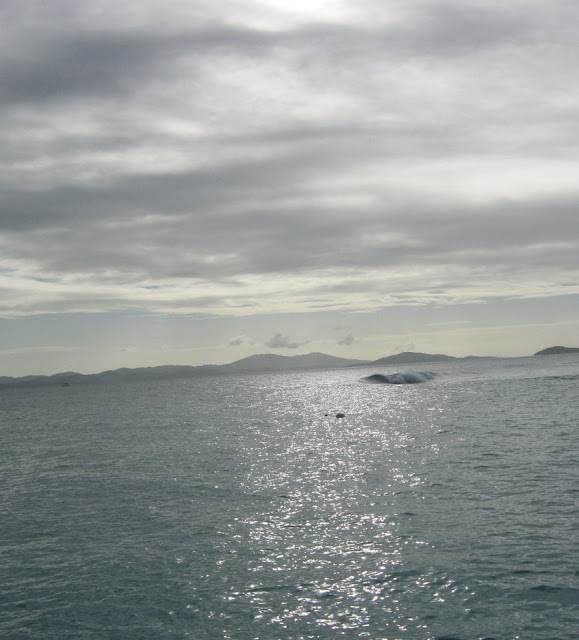 As the tides shift and in certain harbors much larger waves suddenly start rolling in with little notice. A calm and peaceful shore can become a dangerous and even deadly place to be in a few seconds.

The evening quickly changed from sharing a wonderful meal and joking with friends to clinging to life.

The group boarded the dinghy to make their way back to their temporary home aboard the catamaran. Suddenly a much larger wave rose up from the darkness flipping the small boat end over end violently dumping all five men into the sea. Mickey and one other man remained trapped beneath the upturned dinghy. The other man was able to free himself and make his way to shore. One of Mickey's arms had become entangled in the towing line so he could make no such escape. The tides washed the small boat back and forth on the rocky beach dragging him trapped underneath. His strength was gone and the pocket of air trapped beneath the boat was vanishing quickly. A final desperate gulp of air, sea water and sand allowed him to yell for help one last time. The other men finally realized he was still trapped beneath the boat and were at last able establish footing in the raging surf in order to pull him to safety.

Trembling with shock from their injuries and the trauma of what had just happened, the group knew right away that Mickey needed immediate medical help.

After a day spent in an island hospital getting wounds bandaged and x-rays of broken ribs it was time to make the long journey home alone for further medical attention from his own physicians and specialists here in the states.

Mickey's daughter and I picked him up at the airport at midnight on the following day. She told him through her tears "You are grounded!" 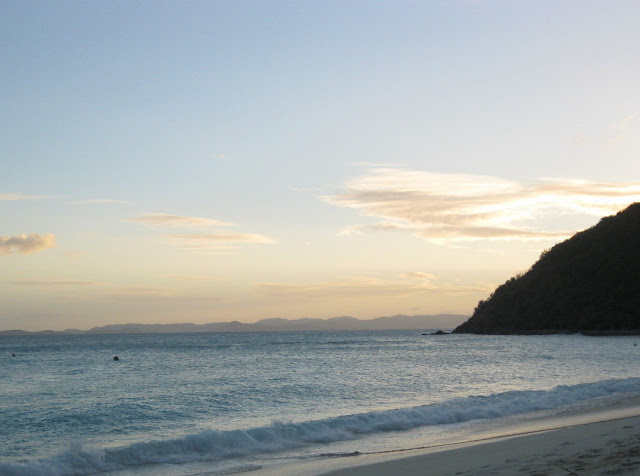 The fellows will be telling this story for years to come, but I think perhaps Mickey will choose to stay home when they embark on their next adventure.

Thank you for reading.
We wish you a safe and happy weekend!
Posted by Susan at 6:29:00 AM

After switching to a mostly vegetarian diet in 2011 when I was 54, I quickly lost more than forty pounds which meant I had to buy a whole new wardrobe. That may sound like fun, but after leaving store after store in total frustration, I felt overwhelmed. I started studying current styles and reading lots of articles in an effort to create a timeless wardrobe that would fit well with my busy lifestyle now and in the years to come. This blog was born from those efforts. If I was having such trouble finding appropriate clothing in midlife, perhaps others could benefit from the expensive lessons I have learned. With this blog, I also hope to inspire you to eat more plant-based meals and go on dates for your whole life.
As a point of reference, I was born in September of 1956. I am five feet six and a half inches tall and I weigh one hundred and forty-three pounds.

Where To Get Those Great Tops!

Promote Your Page Too